John Hedworth Sutton and Myrtle, his sister, were the children of Stanley Hedworth Sutton and his wife Beatrice Jane Sutton, nee Lovewell. John was at school, hoping to become a doctor, when he volunteered and joined the Royal Naval Volunteer Reserve on 13th April 1943, aged 18. He then transferred to the Fleet Air Arm. He was awarded his Pilot’s Flying Badge in October 1944.

His parents feared that he would be sent to Japan, but sadly John died flying solo over the Isle of Wight on March 1st 1945 and was buried in Shotesham All Saint’s Churchyard on March 7th 1945, aged 20 years old.

On John’s Certificate of Service, he notes his father’s address as Grove Cottage (part of Grove Farm), Shotesham. His grandparents used to live in The Hollies near the Trinity (the holly trees are still there). In 1948 his parents went to live at Becmead, Priory Lane, where they lived until 1980. Mr Sutton died in 1988 aged 87 and Mrs Sutton died in 1993 aged 91. 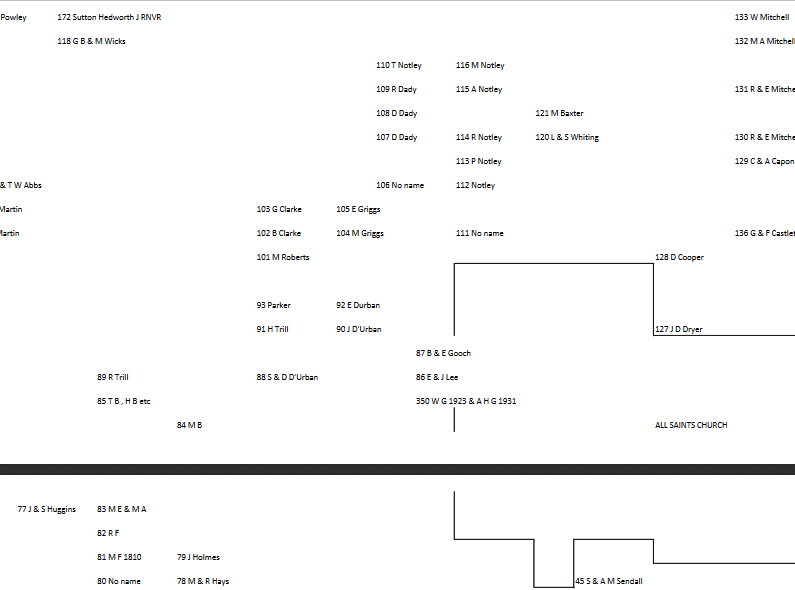 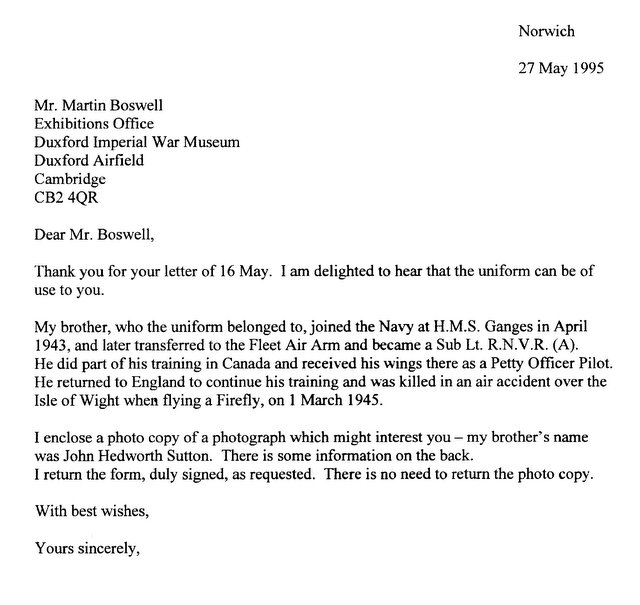