Dragonflies and Damselflies of Shotesham

In the UK there are about 40 species of dragonflies (including both dragons and damsels) with about 32 breeding here in Norfolk. Of those, about 17 are regularly recorded in Shotesham.

We have some good quality ponds and streams in the village and work is being done to improve them further and in some cases to create more. Stubbs Green pond is particularly good but all clean bodies of water including garden ponds provide a haven for certain species.

Dragonflies are not the easiest group to identify as many of them rarely settle for long. In “Dragonflies of Norfolk” the Dragonfly recorder for Norfolk Pam Taylor suggests that “as with birds a combination of size, colour, behaviour and time of year should provide the main clues”

Below are photos, almost all taken in Shotesham. As ever, the sharpest shots are those taken by Mike Fenn (MF) and the rest are mine (FM)

Damselflies are delicate with thin bodies and at rest they hold their wings along the lines of their bodies. Here in Shotesham we have 7 species recorded so far.

The easiest damselfly to identify is probably the Banded Demoiselle

It is on the wing from June to August. The male is metallic blue with dark blue bands in the wings. The female is metallic green. They are usually associated with running water and are most likely to be seen on Shotesham Beck or on the Tas but have also been seen at Stubbs Green. 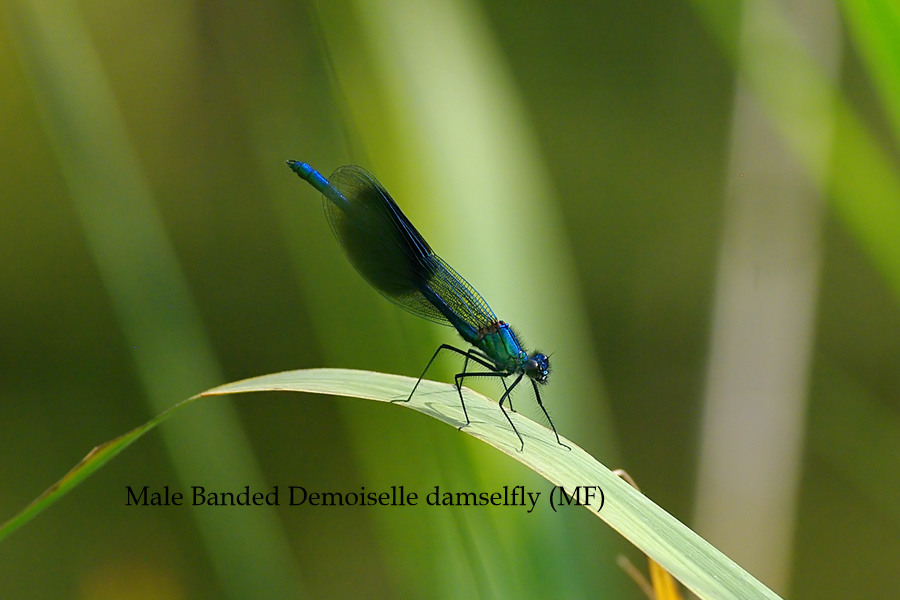 We just have one red damselfly the Large Red.

It is often the first to be seen in the spring and has a long season, often from late April to August. It has black markings on the red and distinctive black legs. 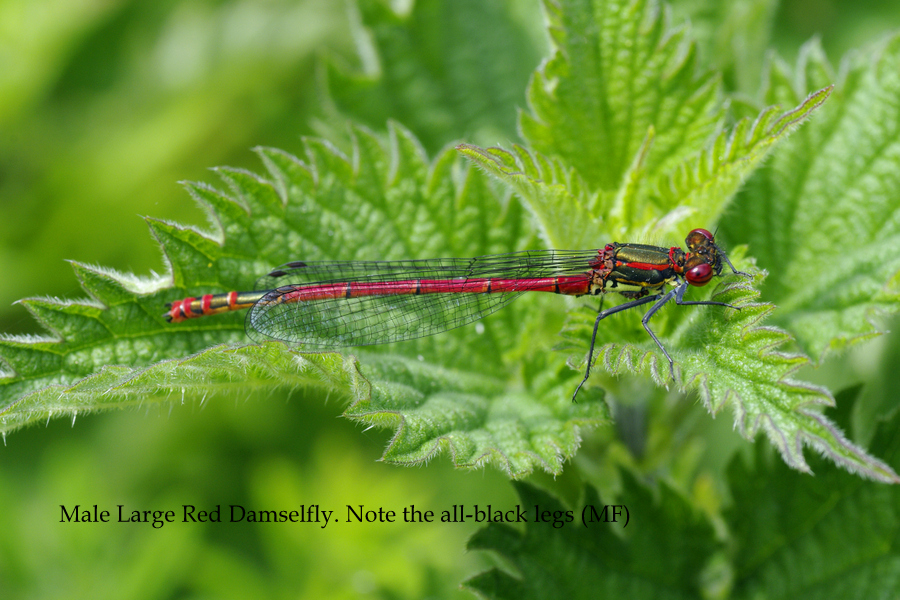 Next we have 4 blue damselflies. The easiest of these to identify is the Blue tailed damselfly

It’s long abdomen is black seen from above, with some yellow on the sides and then a single bright blue segment towards the tail end. It is a common species in the UK and is found around ponds. 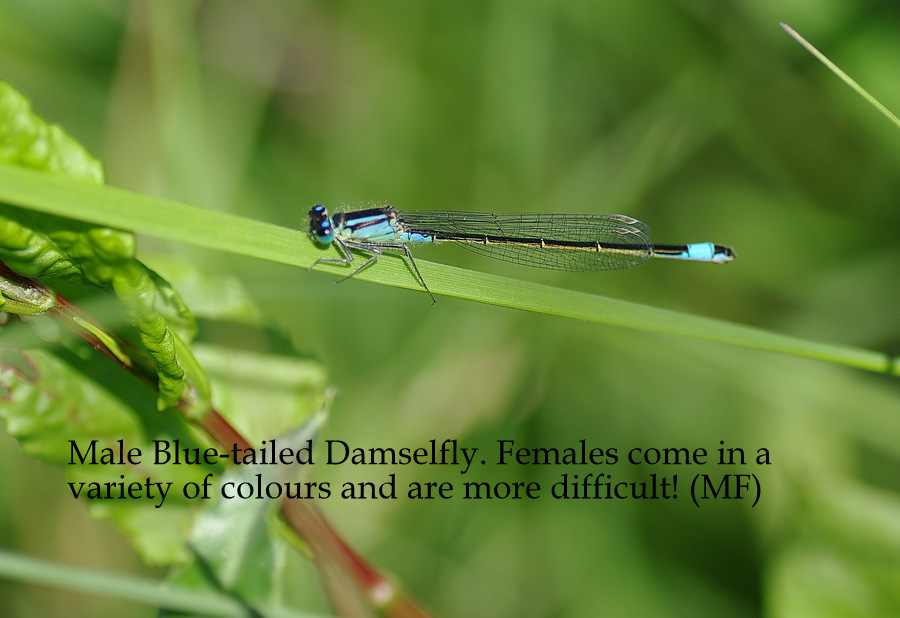 The next 2 species of blue damsels are not so easy to tell apart unless you can get a close look. You would be well advised to look up the detailed differences between the Azure and the Common Blue in a guide book or the British Dragonflies website

The Azure is one of the most common species in this country and can be seen on ponds and on Shotesham Common. It is on the wing from mid May to mid August. If you can see it, the first segment of the abdomen behind the wings has a cup shaped black marking. 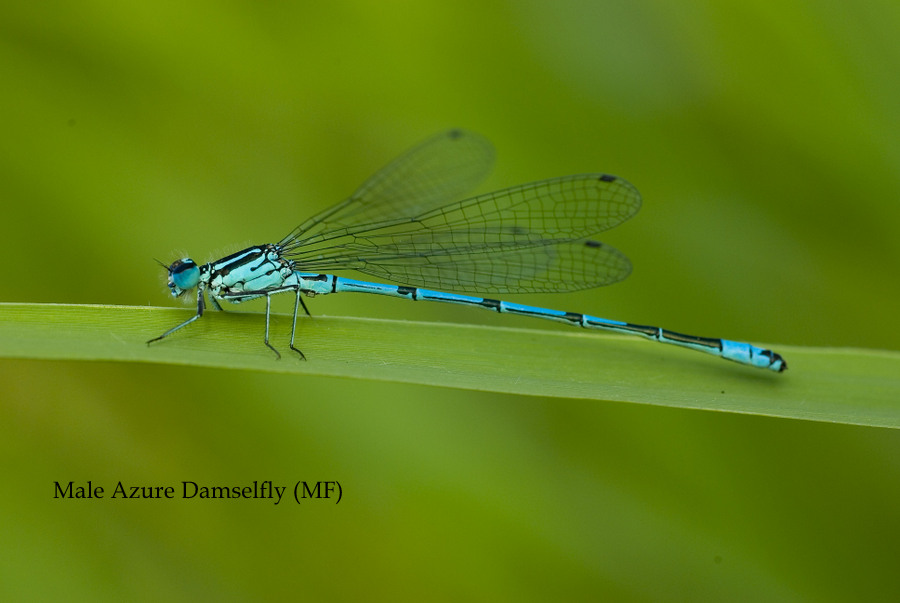 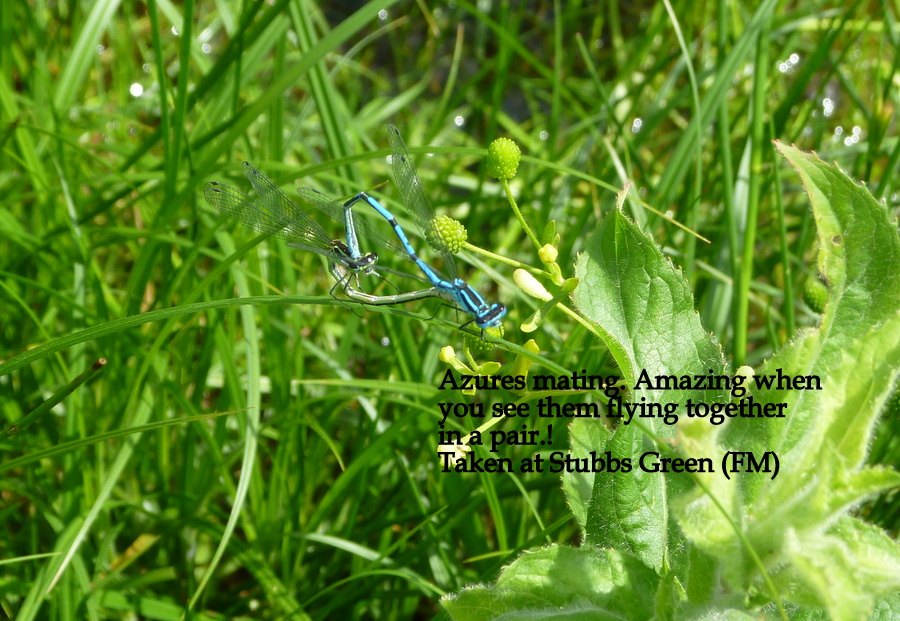 The Common Blue is on the wing at around the same time although perhaps a little later than the Azure and is seen in the same habitats. If you get a good view, the same segment on this insect has a “blob on a stick” or a club marking in black. We don’t have a good local photo of a male (yet – can you supply one?) so have borrowed one from the internet. 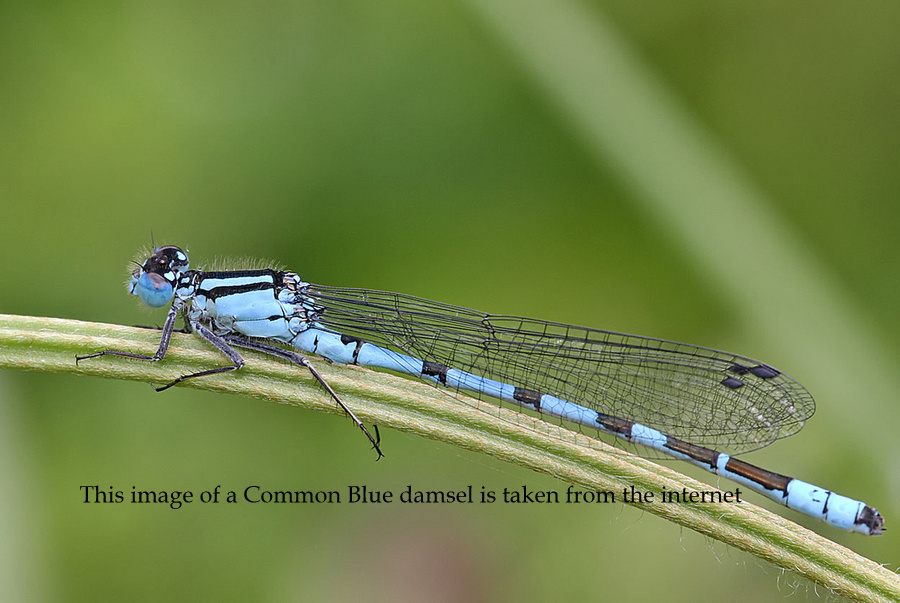 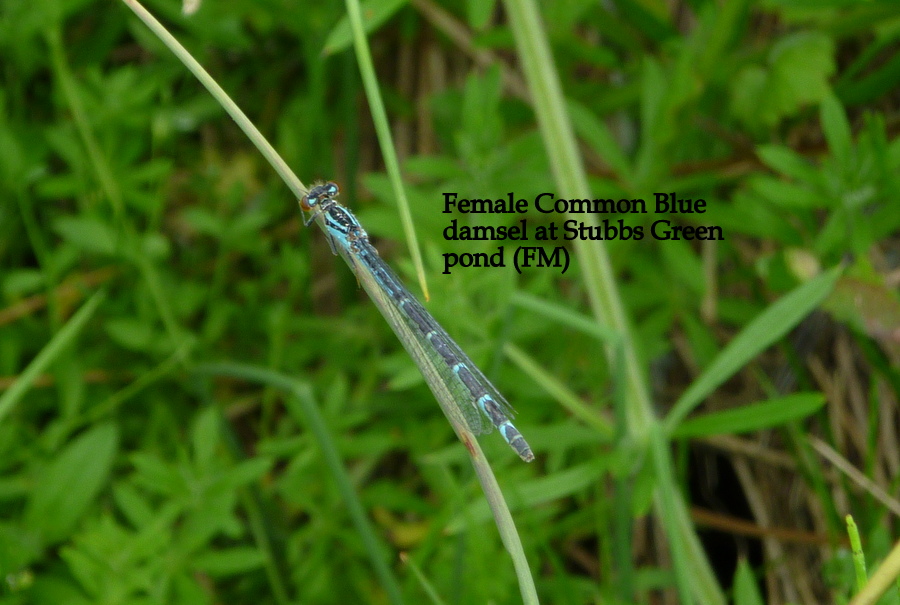 The next one of our blues is the Variable damselfly. This has only confidently been seen once by MF, and we don’t have a photo. The same segment on this one is a definite “wineglass” hopefully we will get more definite records and a decent photo in due course.

The last damselfly on the list is the Small Red-eyed damsel. This is fairly new species for Norfolk. A large influx from Europe in 2001 seems to have been successful in establishing itself as a breeding population. It has been seen at Stubbs Green each summer for at least 3 years now. 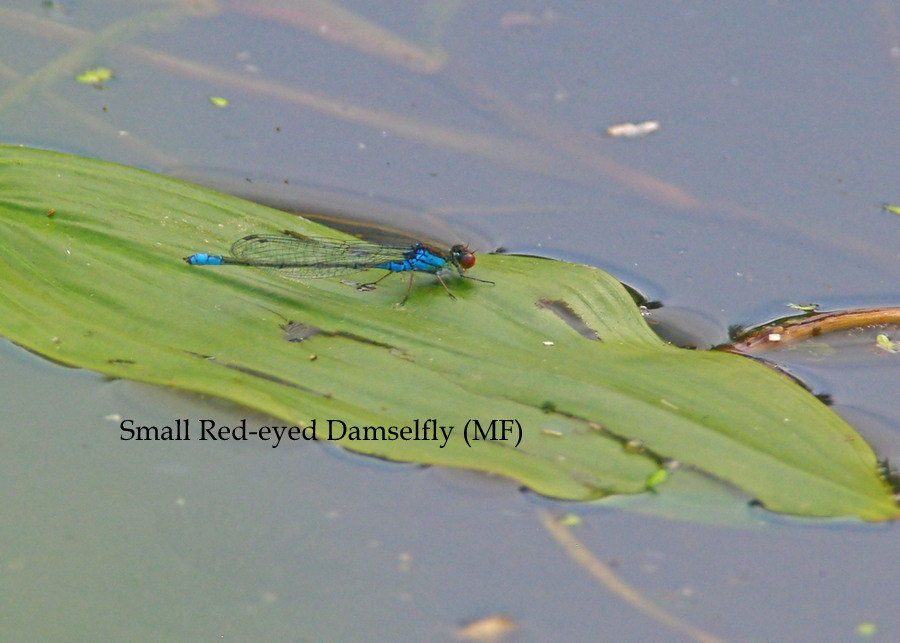 Dragonfly section is in preparation – will be added soon. FM 25 August