We know so very little about Harry Thomas Harwood. His mother, Florence Annie Dorman,  originally came from Wellingborough. When her father, Thomas Henry Dorman died, the family moved to Harwich where her mother ran an inn and boarding house with her daughters, Florence Annie and Charlotte Elizabeth.

At the end of WW1, Florence Annie met Henry Harwood, at the time a Corporal in the 27th Training Reserve Battalion, both single and aged 40+. Harry Thomas Harwood was born, followed by a brother named Charles Dorman Harwood. Sadly, Charles died in 1924 aged 4 and Harry Thomas grew up an only child.

During WW2 he joined The Royal Norfolk Regiment. Memories are recalled that something happened on Shotesham Common, following which Harry caught pneumonia and died on April 23rd 1941 aged 22.  He is buried in Shotesham All Saints’ Churchyard. On his headstone, there is an inscription to his younger brother Charles. Rather unusually, there is a flower holder, which was presented by The Home Guard, which matches and sits alongside his headstone.

His mother died shortly afterwards, on February 28th 1943, aged 64. His father John Henry Harwood of Rose Cottage, Shotesham was buried June 13th 1951, aged 70. His parents are buried in the grave alongside him. 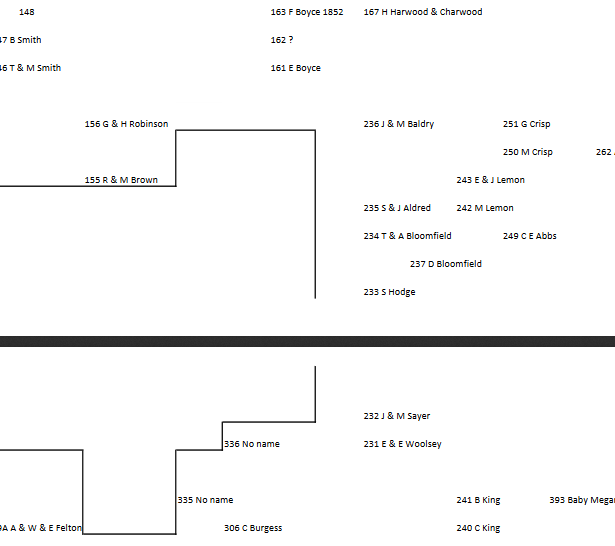 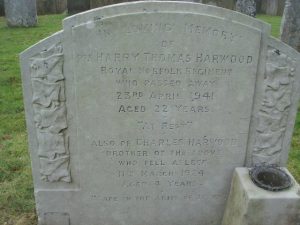 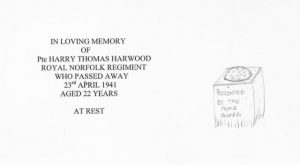