This grade II listed cottage dates from the 16th century an is described as a late medieval hall-house.  Like Old Church Cottage behind this cottage was a double dweller, basically consisting of rooms open to the rafters.  It is documented in a glebe terrier  (periodic listings of property belonging to the parish church) of 1740 and censuses / glebe terriers to 1845 show the property in use as a double dweller.

Over the years many alterations have been made. As can be seen from the photographs the cottage used to be a shop known as a shop known as “Andertons”. The picture was taken early in the 20th century.  At this time there was a chimney at the east end of the house indicating the presence of a construction at the rear which is no longer there today.  There were no dormer windows in the roof at the time and the downstairs windows were of a gothic arched style.  Sadly these were replaced in the early 1990s.  The tiled roof extension set back from the principal structure was added in 1997/8 and was replaced by what we think was a less attractive garage.

The shop has had many guises, primarily functioning as a general store but finally culminating its shop life as an electrical shop.  Coincidentally the present owner grew up living next door to an electrician who served his apprenticeship in this shop and helped dig the foundations for the existing 1970s rear extension.  Subsequently he has been back to check the electrics ( there would have been words if they had turned out to be dubious) and perform several other jobs.

The toll gate (pictured) was put in place first and foremost to see that the livestock held in the village did not escape, though by all accounts it was actually a foldgate (ie no actual toll required). There were other foldgates on Rogers Lane at Falgate (Foldgate) Farm, down Hollow Lane near the ford, at Naidens lane across The Street from Hollow Lane, and at Flint Cottage at the far end of the common.  As we understand it, these foldgates were informal in nature as they were operated by local children on the understanding that they would receive a few coins for their efforts.  Later the children might spend their earnings in the shop on sweets.  It was therefore a good deal for the shop owner.  The gates were removed in the late 1920s or early 30s when the common was enclosed by fencing. 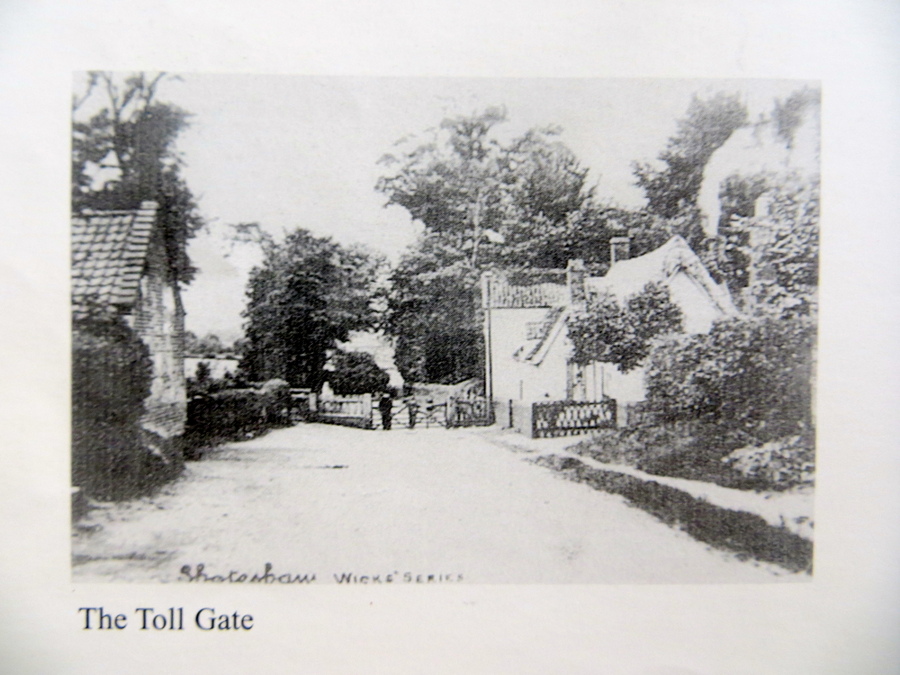 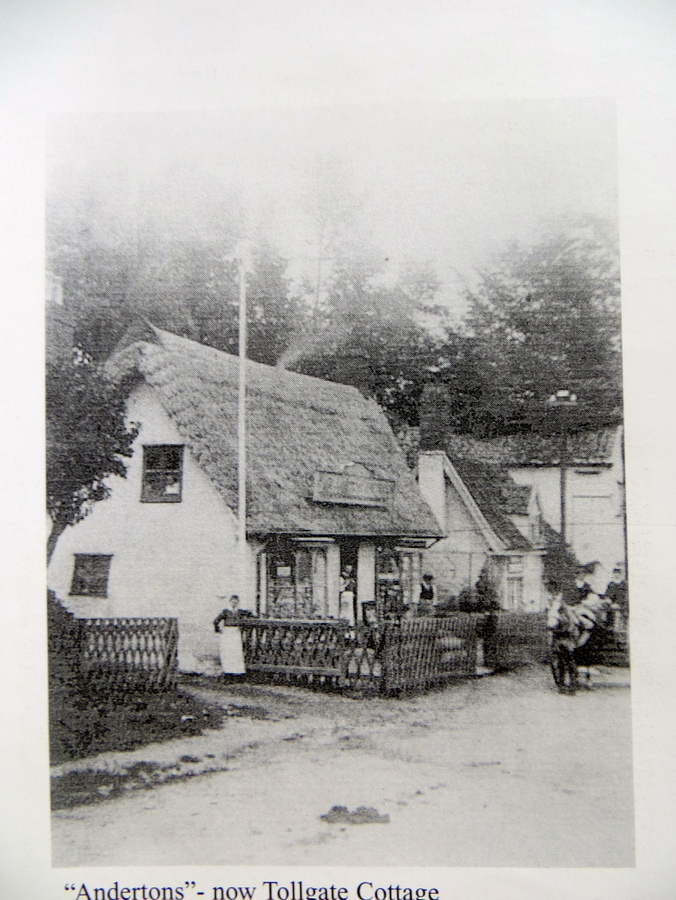