Circa 1630 (original house under the thatched roof with the two pantiled ends a recent rebuild of 17C and 18C later additions).

The original house is of box/frame oak construction. In this form the posts were propped into position (with temporary stays or permanent diagonal braces), wall plates then dropped on top and finally tie beams to lock everything into position. Intermediate studs were placed at the same time. As an aid to identification of joints, carpenters marks (Roman Numerals made with a chisel) were used and these are in evidence inside.

The walling is a combination of plaster on wattle and daub infill but it is not clear whether the oak frame was originally left exposed or was plastered over from the beginning (more likely). The original windows, some of which survive intact at the back of the house, were diamond mullions and unglazed. The 18C windows at the front directly under the eaves till occupy the original openings but the window above (under the hooded thatch) and others at the lower level are all later.

The gabled roof is of butt purlin construction finished in reeded thatch (the best reed of the time came from specially cultivated beds in Norfolk).

It is likely that the original layout of the house was essentially a one structure cell divided by a partition into a larger and smaller room on two floors known as the ‘two unit’plan form but with an additional large room to the right hand side of the main stack.

One of the longest-living, if not the longest, of Shotesham residents, Harriet Harvey (born 1865) died 1966 aged 101, lived in the house until 1921 as a tenant of the Fellowes Estate. Her gravestone can be found to the right as one enters the churchyard. 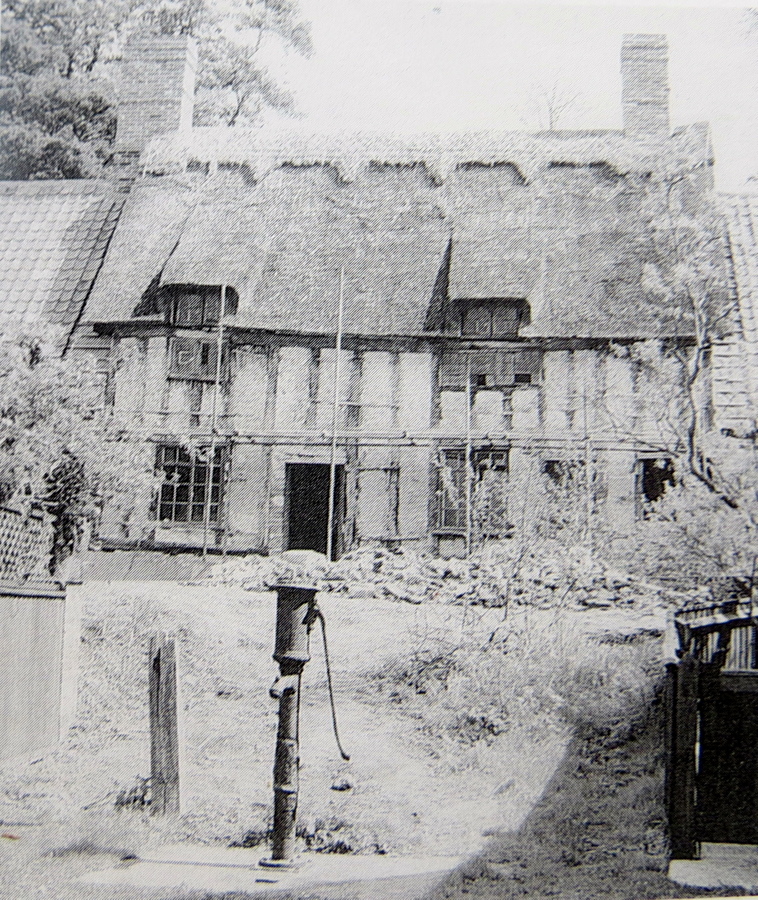