Direct provision of housing by local authorities is no longer politically fashionable but in the inter and post war years most villages had their small developments of council housing.  These must have been quite a radical development, providing modern well built family accommodation at affordable rents at a time when there was still plenty of employment in rural areas.

The Grove, ( presumably named after Grove Farm) consists of 24 dwellings, (about 10% of the total number of houses in the village), all semi detached and was built in 5 separate phases by the then Forehoe and Henstead Rural District Council.

Nos 1-4 were built in the early 1920s.  These were relatively spacious with 3 bedrooms and 3 rooms downstairs. These were the kitchen and what was described on the plans as the lounge and the living room.

Nos 5-8 were built in 1931 and were a little less lavish, having just one living room and a kitchen downstairs.  These must have been some of the last houses to be built with bricks made in one of the village brickworks.

9 and 10 were built a little later in the 1930s.  Although very similar externally to 5-8, they have a very different internal layout.

The new road called The Grove with 5 new pairs of houses and one  pair of bungalows followed in 1950.

Finally another pair of bungalows was added in 1967.

Since the “right to buy”legislation in the 1980s many of the houses are now privately owned. 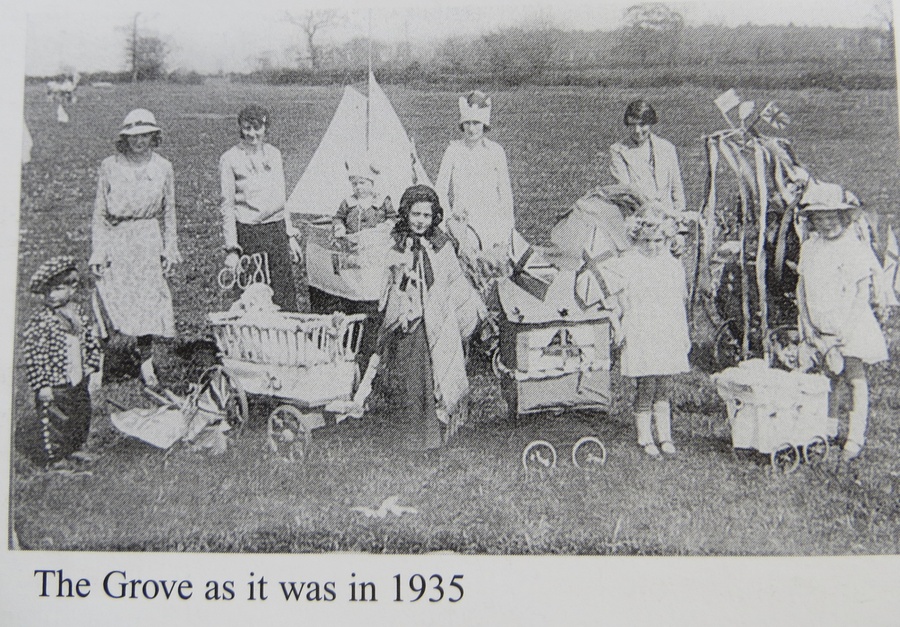