The original house, which comprises the rear of the property, the garden and the barn, was a traditional farmhouse, probably from the 17th Century.  Construction was a wooden frame with walls of clay lump or wattle and daub.  The original roof was probably thatched.  Much of the old structure remains in the back of the house, which has low ceilings, small doorways and wooden beams.  One of the windows in the barn has very old ‘bottle glass’panes.

The structure of the barn is a timber frame with little or no foundations, but simply a flint and sand base, and a low brick wall round the frame.

The main house was a ‘late addition’in 1712.  It was in brick with a pantile roof and dutch style gable ends.  At the north end, the figure 17 has been removed to be replaced by initials, but at the other end of the roof, the figure 12 remains.  This part of the house was built in a typical provincial “Queen Anne Style’.  The style is about 50 years behind that of London, and the windows are still casement.  The original owner is unknown, but clearly he wanted to show off his status to the rest of the village, as the front of the house is much grander than the back.

The first owner who was well known was Benjamin Gooch, the leading East Anglian surgeon of his day and an outstanding provincial surgeon of the 18th century.  He worked at the Shotesham Cottage Hospital, and because of his reputation was asked by William Fellowes, of Shotesham Park, to help found the Norfolk and Norwich Hospital in 1771.  It is not clear exactly when Gooch moved into the Dukes Head, but his daughter Elizabeth was born in 1735 and was brought up in Shotesham.  Elizabeth eventually married Gooch’s assistant John D’Urban in 1753.  After working in London and Halesworth in Suffolk he succeeded to his father in law’s practice.

The D’Urbans youngest son Benjamin,born in 1777, had a distinguished military career, and became Governor and Commander-in -Chief of the Cape Of Good Hope, in South Africa.  In recognition of his services, Port Natal was renamed Durban after him.

The next important family associated with the house were the Mingayes.  They were a well known Norfolk family from Arminghall, and were ‘well-to-do’merchants and lawyers.  William James Mingaye, the ‘one armed circuit judge’was born in 1752 and lived until 1812.  He had property in Shotesham and may have lived in the house, which he owned.  The house was bequeathed to his nephew, also called William Mingaye around 1812.

William Mingaye was a naval man.  We know this because hie wife Cornelia, improved the house by installing an elegant oak mantelpiece in the drawing room.  Her will, describing this event, was found 150 years later, in the brickwork in the chimney.  It reads:-

‘This mantelpiece was discovered by Cornelia Johanna Mingaye, wife of Captain William James Mingaye of his Majesty’Royal Navy, who took His Majesty George IV of Great Britain over to Ireland and Scotland, for which honour he received a gold medal, a set of plate, etc etc, and the wife of the said Captain requests that whoever resides in this house after my decease must never disturb the above mentioned mantelpiece’

This mantelpiece was erected in the year 1726 A.D..  The inscription in the centre is as under

At this time the house was known as High Shottesham Old Hall.

William Mingaye became Vice Admiral in 1852, and Admiral in 1863.  His son, Parker Fuller Mingaye, eventually became the next owner.  He never married and there were no offspring to continue the family line.

At the north end of the house are the initials : WM and PFM, to remind us of its illustrious past.

In the 1880s the house was owned by the Fellowes family, who eventually converted it to a coaching inn.  This was when it was first became known as the Dukes Head.

It remained an inn for 25 years or so and was one of 3 pubs in the village.  Dukes Head was apparently popular with Alfred Munnings amongst others.

In 1918 the house was sold and returned to being a private residence.  It was empty until 1920 when it was bought by Mrs Wilkinson.

It has continued to be called Dukes Head since that time, with a short interlude as “Sanbourne”.   It returned to medical ownership in 1948 when the house was bought by Dr. Kenneth Latter, a physician at the Norfolk and Norwich Hospital. 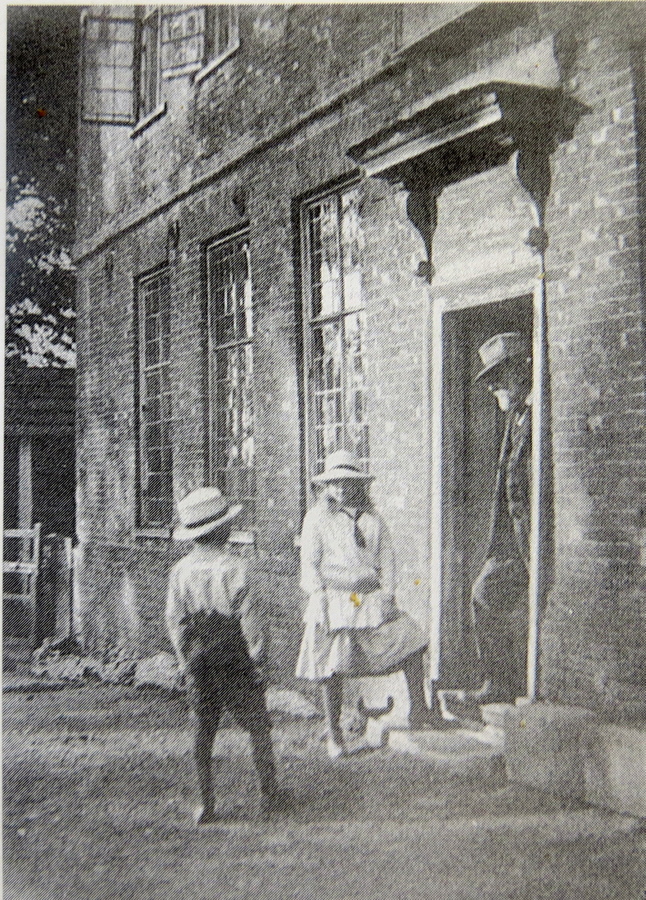 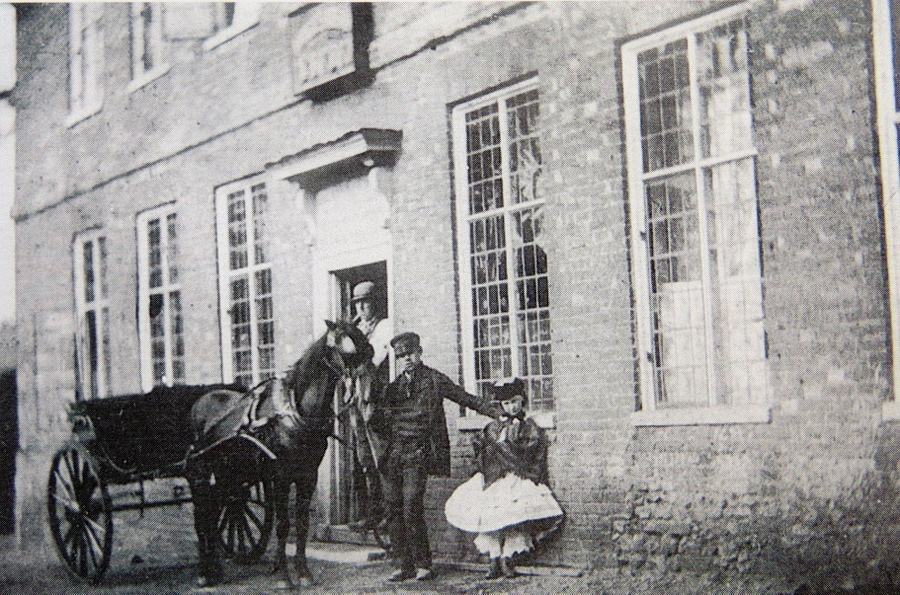